Senior Services staff in CSSMV’s Sidney office gathered on June 18 for a visit with Ursel J. McElroy, the new director of the Ohio Department of Aging (ODA). Appointed by Governor Mike DeWine in January, McElroy has extensive credentials in the fields of aging, education, and law enforcement.

McElroy’s visit to Sidney was one of many she has been making throughout the state to various PASSPORT administrative agencies. PASSPORT is a Medicaid-funded waiver designed to keep the elderly “aging in place” by contracting with providers for home-based long-term services and supports.

CSSMV was a pilot site for the Department of Medicaid’s PASSPORT program in 1984, and the Sidney office continues that work today. CSSMV provides case management for PASSPORT in six counties – Champaign, Darke, Logan, Miami, Preble and Shelby. In all other Ohio counties, PASSPORT is administered by Area Agencies on Aging.

McElroy holds a bachelor’s degree in psychology and a master’s degree in public administration from The Ohio State University. She served as deputy director of education and policy at the Ohio Attorney General’s Office for a decade, during which she managed education, policies, programs, and initiatives impacting victims of crime, such as domestic violence, sexual violence, victim notification, and crimes committed against children, older adults, and people with disabilities.

Prior to joining the Ohio Attorney General’s Office, McElroy was chair of the Ohio Coalition for Adult Protective Services, a supervisor and investigator for adult protective services, and a case manager for a senior services levy program. She is a leader and visionary in the field of aging, hosting and planning Ohio’s first Summit on Aging, the state’s first Elder Abuse Research Symposium, and the Elder Financial Exploitation Symposium. She has presented at prominent events such as the White House Conference on Aging, and is the recipient of the Ohio Coalition for Adult Protective Services Outstanding Service Award.

McElroy’s message to the CSSMV staff was an encouraging nod to the “boots on the ground.” She said that she has tremendous respect for those who work day-to-day with elder citizens, providing case management services. It is her opinion that the decision makers in the capital city need to hear from those in the field and work hand-in-hand with them when creating policies.

McElroy entertained questions from the staff about various concerns during the meeting that was hosted at Ohio Living Dorothy Love by their director Tricia Atwood. Dorothy Love was the first facility in the CSSMV PASSPORT region to accept the Assisted Living waiver.

Following the session with the CSSMV staff, McElroy made a short drive to the CSSMV office in downtown Sidney where she met with Shelby County commissioners and representatives from Fair Haven County Home, Daybreak Adult Day Care, and Shelby County Job and Family Services.

Before heading back to Columbus, McElroy concluded her visit by having lunch with CSSMV CEO Laura Roesch, Northern Office Director Kathy Sell, and Board Chair Cara Powers. 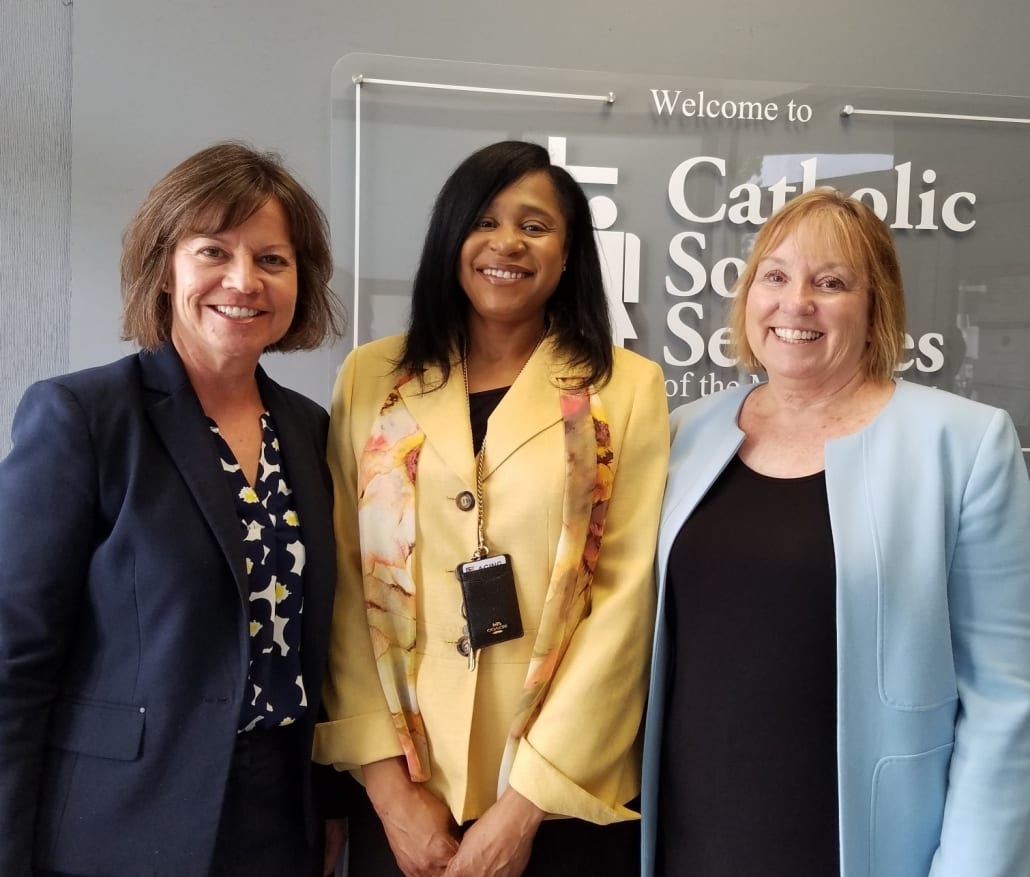